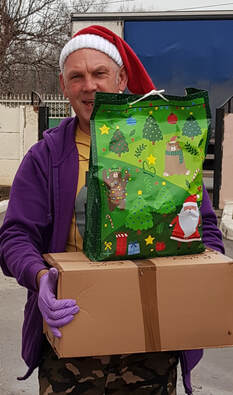 Why did I become a trustee? After volunteering for a number of years, I thought I could add something extra as a trustee

What TEECH means to me? TEECH gives me a valuable chance to give something back to society.

What has been your highlights of working with the charity? Every year is a highlight for me as it gives me the chance to meet and work with some wonderful people and help improve others lives. Try it, the rewards are enormous seeing the smiles on the faces of those we help is priceless 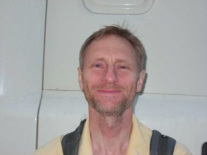 Why did I become a trustee? In 1998 Vic Tallowin advertised on the BT intranet to raise interest in an aid trip to Bucharest in Romania.  A small committee was formed and I volunteered to be treasurer of ‘BTRL Aid to Romania’.  When we registered TEECH as a charity I became a trustee.

What was the first project you were involved in ? We renovated dilapidated wards in two Bucharest hospitals in 1998.

What TEECH means to me? TEECH provides the mechanism for volunteers to use their skills and enthusiasm to make a difference to the lives of some of the poorest people in Europe.

What has been your highlights of working with the charity? Hard to say.  Some of the most life changing work has been the provision of clean, tiled toilet and shower facilities. One of the encouraging experiences has been to see how initially suspicious and apparently unfriendly patients on a Bucharest cancer ward transformed into willing co-workers by the end of our week amongst them.

I can be contacted on robert@teech.org 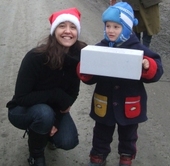 Why did I become a volunteer? I first encountered TEECH through a work colleague and went on my first trip in August 2011. I was so impressed with what such a small charity can achieve each year and in such a focussed way, engaging with the locals and enabling them to improve their lives with a little help, I wanted to help more and be involved further. I also then travelled with TEECH on their Christmas 2011 trip to deliver shoeboxes to families and the elderly which was extremely rewarding, especially being able to hand deliver them in people’s homes....and have continued to return since then.

What was the first project you were involved in? August 2011 – Trebujeni, Moldova

What TEECH means to me? TEECH provides me with an opportunity to help other people, who through no fault of their own have little support or funds to improve their lives without a little help from someone else.

What has been your highlights of working with the charity? More than can be written here…ask me in person and many highlights will be recounted. Hand delivering presents and food parcels at Christmas will always be special. In the summer meeting and working with the schools (directors, mayors, communities) on the projects and seeing the team achieve a fantastic project (every year) is brilliant.