The History of TEECH

TEECH was established in 1998 when a group, who worked (at that time) together at BT near Ipswich, Suffolk, took up the challenge from a colleague to help repair two hospitals in Bucharest.

About fifty volunteers travelled to Bucharest, under the banner of ‘BTL Aid to Romania’ in August that year and set about painting, plastering, providing lighting and generally making the hospitals cleaner, safer and brighter places. After the success of this trip, and seeing the need to be more structured the volunteers organised themselves into a Registered Charity and hence TEECH (Telecommunications Eastern European Challenge) was born.

BT no longer have any links to the charity and we are a small independent charity, run by an unpaid team of volunteers, which welcomes volunteers from all walks life.

TEECH have been working in Romania and Moldova since 1998, these are the villages where projects have been completed:

Visit the Projects pages to read more about some of them. 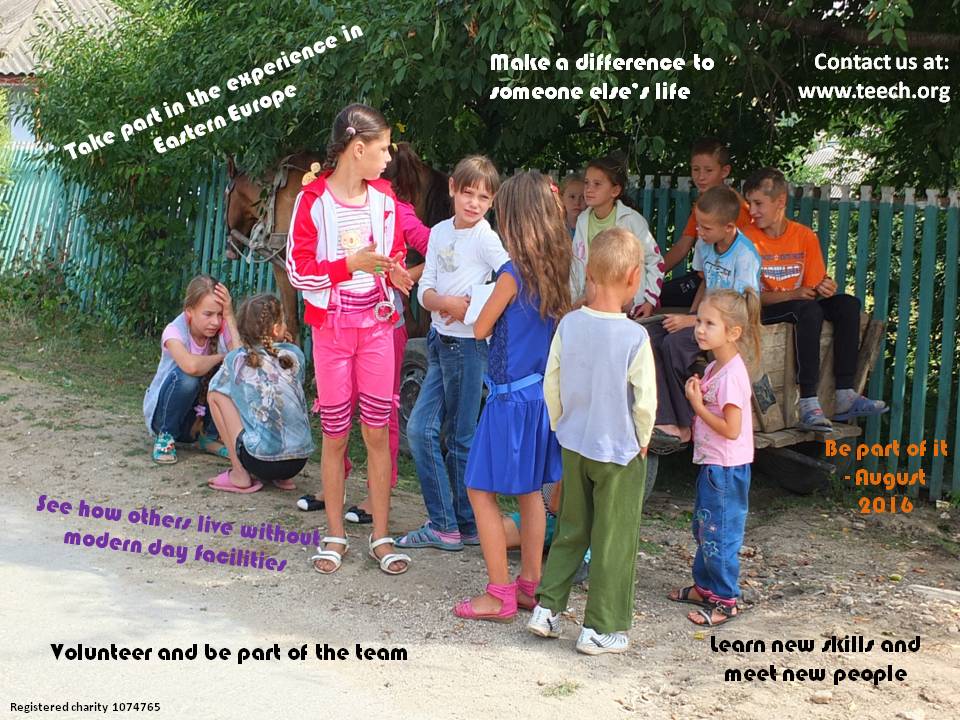